The BC Craft Brewers Guild is pleased to announce the first annual BC Craft Brewers Conference, in Vancouver, BC on October 20th, 2017. Featuring a full day of seminars, a trade show, and networking opportunities with key suppliers and those in the brewing community. Our Emcee for the day is Carlos Mendes. Carlos is the head of Richards Buell Sutton LLP’s Craft Brewery Practice Group – the only group of its kind in Canada and we are very honoured to have him! 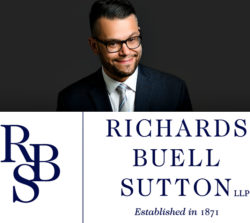 Registration opens at 9:00 and talks run from 9:30 – 4:30, with networking and refreshments on the Trade Show floor until 6pm.

Your BC CBC ticket includes:
– Access to a full day of seminars
– Lunch
– The BC CBC Tradeshow
– Networking and refreshments
– 5 drink tickets
– Entry to the official BC CBC Afterparty, WareHouse of Magnificent Delights presented by Direct Tap (info and additional tickets available in link)

For a full breakdown of the  Conference Schedule and Seminars, click here.