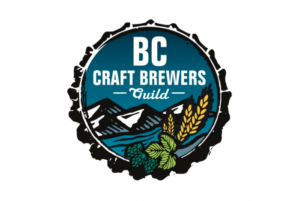 Vancouver, BC – The BC Craft Brewers Guild is applauding today’s announcement from the provincial government to allow hospitality licensees, including restaurants, bars and pubs to temporarily purchase all liquor products at a discounted wholesale price until March 31, 2021.  In these difficult economic times, we appreciate the significant efforts of the provincial government to implement innovative solutions for the hospitality industry.

As a member of the Business Technical Advisory Panel (BTAP), the BC Craft Brewers Guild worked with our committee members to develop this recommendation which was submitted to government on April 20, 2018.  This recommendation became the number one priority during the pandemic for both government and the BTAP Committee in order to ensure the survival of the hospitality industry in B.C.

The BC Craft Brewers Guild would like to acknowledge the efforts of Minister Eby, Minister Beare and the staff at both the LCRB and LDB for their commitment to work directly with the BTAP panel to make this recommendation a reality during the pandemic.

“The pandemic is having a devastating effect on our hospitality sector in British Columbia. This announcement will encourage many businesses to remain open and allow them to serve our great local craft beer products to their customers.” said Ken Beattie, Executive Director of the BC Craft Brewers Guild.

The BC Craft Brewers Guild is proud to work in collaboration with ABLE BC, the BCRFA, the BC Wine Institute, and the Craft Distillers Guild along with the other members of the BTAP panel who together have advocated successfully to impact policies that help all our members as we work towards recovery.

About BC Craft Brewers Guild

The BC Craft Brewers Guild represents craft brewers from all over BC. With over 180 members and growing, our Guild works together to work with local and provincial government to sustain and improve support for BC Craft Breweries that create local jobs and boost local economies and local communities throughout BC.  Some are small and others smaller but they all brew flavourful local beer with passion and dedication. The mission of the Guild is to support the ongoing creation and discovery of truly great BC craft beer.