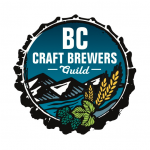 I wanted to share with all of you that the BCCBG along with 18 other associations banded together to call an end to this strike in an open letter to Premier Horgan and Stephanie Smith from the BCGEU along with a national press release. I wanted to thank many of you who have replied or called to express your concerns. I have been working since the job action began to collaborate with other industry stakeholders including LDB management while expressing our concerns that our largest breweries are being held in the warehouse due to the strike.

As you know, B.C.’s hospitality and tourism industries were devastated by the COVID-19 pandemic.

We support the right of government employees to bargain collectively, however, the decision by the BCGEU to target liquor distribution centres drags the province’s hospitality, tourism, liquor and cannabis industries into a dispute that has nothing to do with us, and deals yet another crushing blow when we’re only just getting back on our feet.

We are also asking the BCGEU to pause strike action while negotiations are underway as an act of good faith. Our industries cannot afford for this strike to continue.

Thank you to Shelley McArthur and SMC Communications for her excellent guidance and strategic counsel. Thank you also to Ian Tostenson at BCRFA, Jeff Guignard at ABLE BC, and all of our industry partners on BTAP and industry associates who have come together to express our collective concern regarding this job action and the negative effects on our community.

If you have any questions or concerns please send them directly to me at  Ken@bccraftbeer.com